This is Loco’s sixth year as the postproduction partner for the UKMVAs. With over 30 categories encompassing a wide range of genres, crafts, talents, and budgets, the UK MVAs celebrate the best of British and international music videos. Loco’s Jon Davey and Arlene Dignam worked closely with Nadya Jones and Louise Stevens of Ballistic Events to manage the flood of video submissions from the shortlisted entries, which Jon edited into the category packages for projection onto the big screen at the the Queen Elizabeth Hall on London’s Southbank. Jon Davey and Miland Suman collaborated with David Knight of Promo News to select some of the highlights for an opening montage. Adam Buxton, comedian, broadcaster and maker of very twisted music videos presented the show, and Loco’s Creative Director, Danny Coster gave out an award to Hiro Murai, the winner of the Loco-sponsored Best Director category. 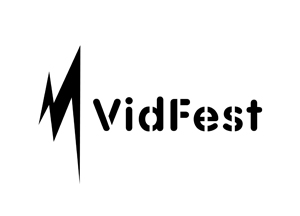 This year’s UK MVAs coincided with the first MusicVidFest, a one-day conference about the key topics affecting the craft and business of music videos including panel discussions with producers, directors, commissioners and a Question Time-style debate on the future of music videos. Grammy Award-winning American director Joseph Kahn was the event’s keynote speaker. Best known for such videos as Britney Spear’s “Toxic” and Eminem’s “Without Me”, Kahn’s recent work includes commercials, more music videos and the self-financed comedy-horror feature, “Detention”. Other music video luminaries joining the line-up of panellists and speakers at MusicVidFest were M.I.A, Felix Buxton of Basement Jaxx and director, Steve Barron (famous for Michael Jackson’s “Billie Jean” and A-ha’s “Take on Me”).

The conference and awards ceremony were capped off with another legendary aftershow party held at the Southbank Centre with Caviar’s DJ miss G and friends. You can visit the MVA website and promo news for video clips and more information about the event, including the list of winners.

To check out previous UK MVA intro videos, click here.
To find out more about Loco’s post-production work for other events, click here and here.